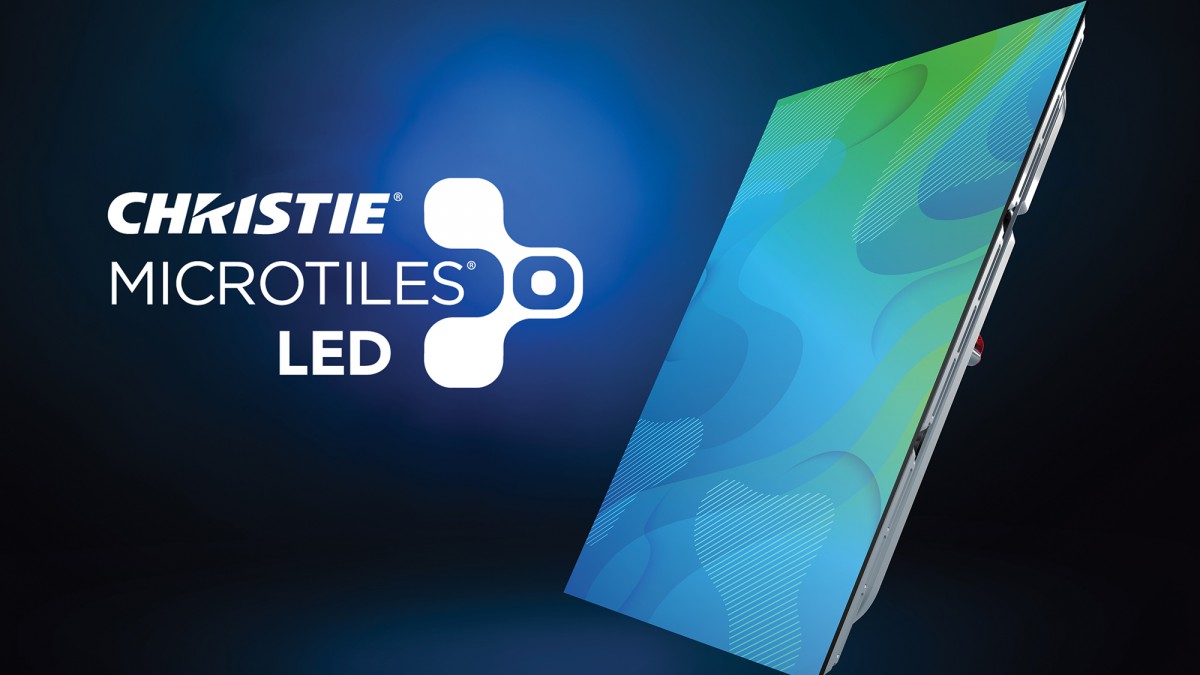 Sometimes you can learn more about a product through a corridor conversation than through any technical brief. And just such a conversation – with Marc Lemieux, Christie MicroTiles LED’s product architect – got us wondering just why his team had decided on a route so radically different to everything else out there.

Why, we wondered, are Christie product engineers and designers such an independently minded bunch and never happier than when they are upturning the accepted way of doing things?  Why, with LED screens becoming larger, and with the media full of displays claiming to be the world’s biggest – did Christie decide to do the exact opposite – and go small?

That, Lemieux told us, is the real story behind MicroTiles LED. How not running with the pack may just have resulted in something that can outrun it. For if the first version of MicroTiles – Christie’s much-loved projection-based originals – were themselves a highly successful exercise in trend-bucking, the new LED versions are more revolutionary still.

For a start, there are no cabinets and no bezels. None at all.

To understand how that’s even possible Lemieux says you have to remember that the cabinet in conventional LED screens are only there as structural items – to hold LED modules rigidly in alignment.

Okay, but surely, says anyone who’s built a videowall, isn’t aligning lots of small units a nightmare compared to building a wall with just a few large ones? Surely, that can’t be easy. That can’t work. That can’t be good.

Not so, says Lemieux.

Currently, it’s nearly impossible to manufacture cabinets super accurately. Put two well-made cabinets together and they may still run-out by a fraction. Perhaps the client can live with that. But add another cabinet and the run-out increases. Add another and it increases further still. The client won’t live with that. It’s called ‘tolerance stack-up’ – a simple matter of geometry famous for turning AV professionals grey and keeping them from their families while they struggle to align the unalignable.

Ah, but MicroTiles LED units don’t have cabinets. They align instead to a laser-cut, super-high-tolerance, steel mounting sheet and those hidden sheets come in large sizes that hold many individual MicroTiles in position perfectly. And because it’s the sheet and not the cabinet doing the aligning, there’s not a sniff of tolerance stack-up or late nights.

To make everything really easy the tiles attach to the mounting sheet using magnetic clips, then detect and self-locate using IR neighbour detection, while sensor-based AutoMatch™ keeps the color and brightness uniform at over 97 percent across an entire display for its entire life.

What more could you want?

So there you have it – the impossible is now possible: Easily installed, perfectly aligned video walls with front access, hot-swappable tiles, remote power and control, and Christie’s famed cinematic image quality. What more could you want?

Curves. Curves would be nice.

However, there’s still one important piece missing from Lemieux’s story. Because MicroTiles LED are part of a wider ecosystem and the first display technology to have integrated Terra SDVoE, that means direct 10G Ethernet input from sources like Christie Spyder X80 and Christie Pandoras Box.

By refusing to follow the rigid orthodoxy that a bigger LED panel must be a better LED panel, and by making these smaller panels super-capable, it seems Lemieux and his MicroTiles designers haven’t just invented the future, they’ve proofed against it too.