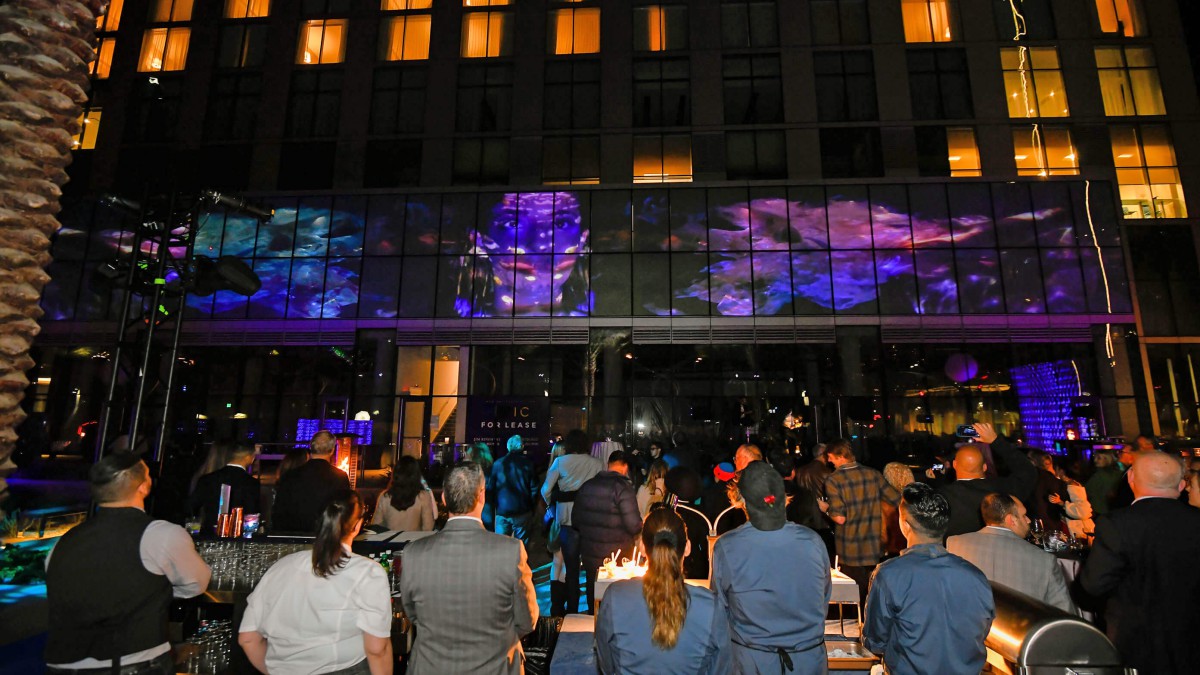 At the original Shakespearean theaters, in 1610 at The Globe or The Curtain, collecting the money wasn’t easy. Finding enough helpers numerate enough, or indeed honest or sober enough, to gather all the tuppences and farthings was risky. So, they hit on a plan. Crude unglazed earthenware boxes with a slit, and no more, where a coin could be dropped. Once full, they’d take them away to a secure place, break them with a hammer, and tot up the takings.

And where did they take these boxes to be smashed? To a Box Office, of course.

Which just goes to show, without Front of House, you don’t have a show. And never did.

It’s a shame then that those who take care of Front of House at any event – from the smallest performance to the biggest projection mapping show – tend to get overshadowed by the glitzier goings-on. Even though the box office depends on them.

Spinitar, long term Christie partner and all-round AV impresarios, know a successful event involves far more than top-of-the-range tech and creative inspiration. Talk to Katie Rogina, Marketing Manager, and Event Planner at Spinitar, and it is striking just how granular that involvement has to be.

A while back, Avenue covered Artist Roark Gourley’s work ‘Liquid Light,’ a permanent digital art display at the InterContinental Hotel in San Diego where, alongside its AV expertise, Spinitar supplied some much-needed Front of House skills.

The launch was the kind of public event where almost everyone had an interest. The Artist, The Hotel venue, San Diego City Hall, local arts communities, the local business community, and even the pedestrians who would walk that way to work. They all had to be consulted, and their concerns and ambitions met. The list of people Katie says she knows she has to contact is endless. ‘Knowing which people need to be contacted is part of the job, so we liaised with the hotel’s own city outreach, arranged for sidewalk closures and – as this was an outside event – were cognizant of things like noise compliance.’

But it goes further than even this, Katie says she has to ‘Not only make sure that the dates don’t clash with any other big events in the city, but also the scheduling of important people’s timelines.’ It begins to sound as though modern Front of House management for big public projects requires an almost superhuman instinct for the smallest detail and unforeseen upsets.

Which is why the unsung heroes like Katie at Spinitar, who spend long hours making the complex calls and reconciling the unreconcilable differences, deserve the AV community’s utmost respect.

Nothing would work without their work.
It’s not as simple as breaking the Box Office any longer.