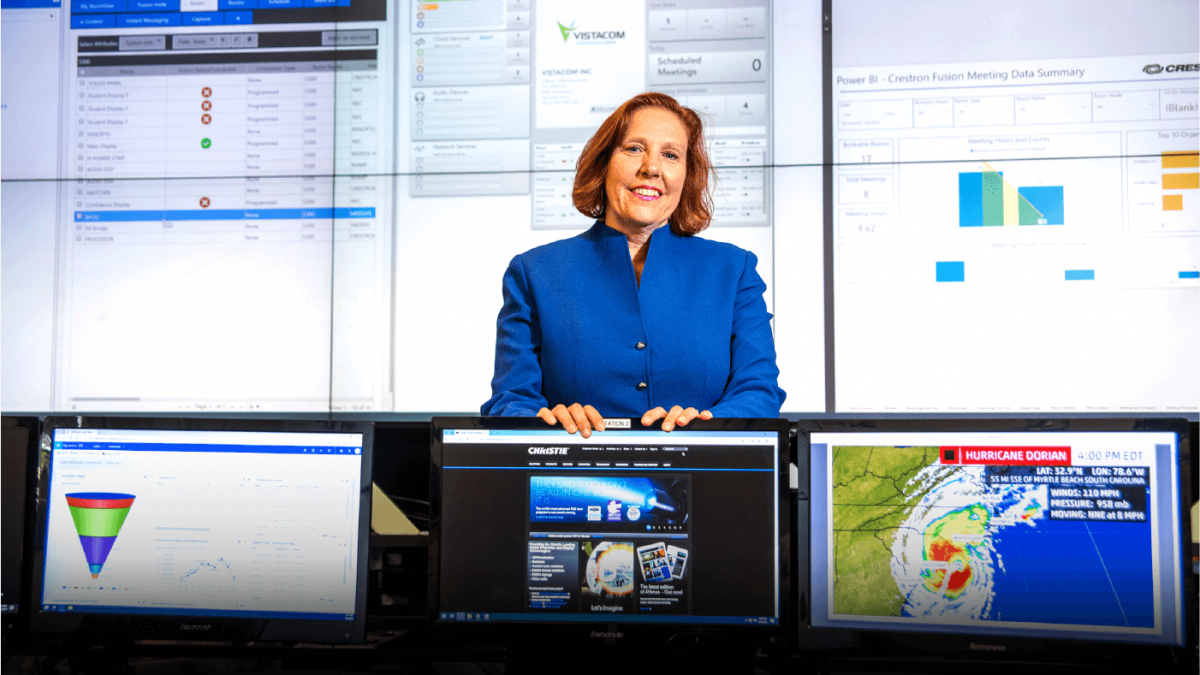 Back in January 2020, when AVenue interviewed Vistacom’s Dan Gundry and Lianna Russell, we’d heard of Covid-19, but none could imagine the global upset it would cause.

So it is interesting to replay that interview now – now that we do know – and not because it shows how innocent we were just a few months past, but because much of what Dan and Lianna said made Vistacom special, we need more of.

Lianna recalled how the company founded by her grandfather Jack Ferlino, had started out with audio systems, they installed the first and only public air raid system in Allentown Pennsylvania – which was and is still the company’s hometown. Things have grown since then, Vistacom’s four divisions now cover traditional AV systems, control room and command centers, unified comms and collaboration and managed services. A modern AV company in all respects.

Yet it manages to combine that modernity with unmistakable approachability. True, Vistacom is a family business, and that means cordiality comes naturally, but it is never guaranteed; it needs working at.

Something to build on

What’s most telling is that while commercial obligations are the foundations of the business – as they must be with any enterprise – at Vistacom, these are seen as just that – something to build on. You sense that the real driving force here is the web of relationships and co-dependencies that have been built up over the years. When Dan says, “Vistacom’s mission is to help our clients achieve their business goals by improving communications through design, integration, and support of the right technology solutions.” It doesn’t sound like lines read from a corporate script – more a genuine expression of a duty he feels to others as an AV professional.

The job done and the dollars in

It may sound trite – and unfashionable in the age of the disruptor – but the act of looking out for one another is a fundamental factor in the company’s success. Concerns for the wellbeing of the clients you work for, just as much as the colleagues you work with – “We make sure we do the right thing at all times for the clients because we know it benefits everyone in the end and it pays dividends.”

It’s often said that AV is a close-knit industry where everyone knows everyone. This may not be as true as it once was – there are just too many of us now – but it remains a highly co-dependent industry where we still rely on each other to ‘do the right thing at all times’ because that’s what gets the job done and the dollars in.

We’re certainly going to need that in these uncertain times and in the future.