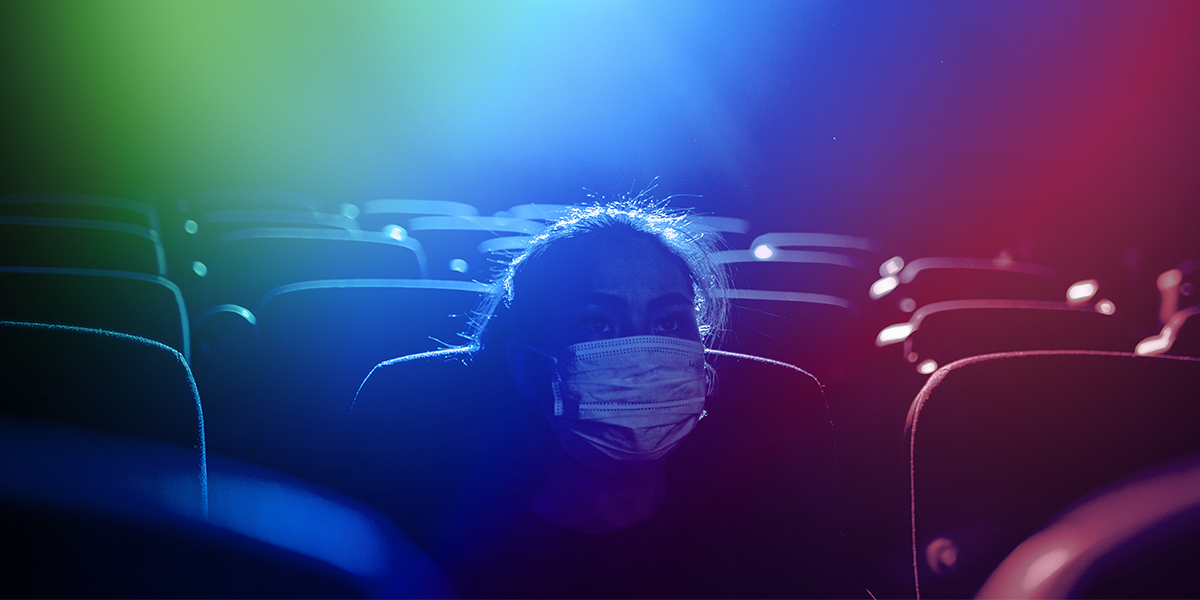 In 1979, British rocker John Otway’s career hit a lean patch, so he had an idea.  A few random copies of his new single would be pressed with no vocal – and if yours was one, he’d come around to your house, stand between your speakers alongside bandmate ‘Wild’ Willy Barrett, and sing it live.

It was a disaster. The worst of both worlds.

Not only was the record you’d bought not worth listening to, but you’d have John and Willy – men who made Iggy Pop look restrained – bouncing over your soft furnishings and scaring the pets.

As an experiment in bringing live performance into people’s homes, it was a disaster never repeated.

And it shows that there really is something fundamentally different between entertainment at home and going out. These are different environments. One cannot transform into the other no matter how good your sound system or home cinema setup. Even if the artists turn up and perform for you personally, it’s not the same.

The current debate around streaming and cinema, brought into focus by the current lockdown, misses this. We really do like going out. And no matter how hard you try, you can’t replicate the experience of going out, without going out.

That’s why all the things that were meant to cause Cinema’s demise in the past – TV, VCR, Cable, streaming, Box Sets – didn’t. It doesn’t matter if the content is identical – there remains something undefinably special about going out that refuses replacement and won’t be domesticated.

The biggest experiment in enforced domesticity

We’re now living through the biggest experiment in enforced domesticity the world has ever seen, living in homes that have more access to more high-quality entertainment than anyone could conceivably consume, yet what do we want? We want to go out.

The moment it’s safe again we want to be among other people, we want the shared experience and the social interaction, we want environments that are not our own, and which feel excitingly, sometimes dangerously, different. And there’s nothing, nowhere, that does that so well as a cinema.

It is a space warrior’s battleground, a serial killer’s lair, a child’s imagination set free.

It amplifies lost love’s disappointment, sharpens a comedian’s punchlines, and scares us to our socks. It can take us to these places – these extraordinary places – because it is not our familiar front room. Its realm – like Willy Wonka’s chocolate factory – is formed from pure imagination.

Things will change. Business models will adapt, exclusively theatrical windows may shorten – and the current crisis will both speed and test the viability of all these things. But when the screens light up again, Cinema’s fundamental attraction will not have altered. You can bring anything – even the artist – into your front room, but never the magic.