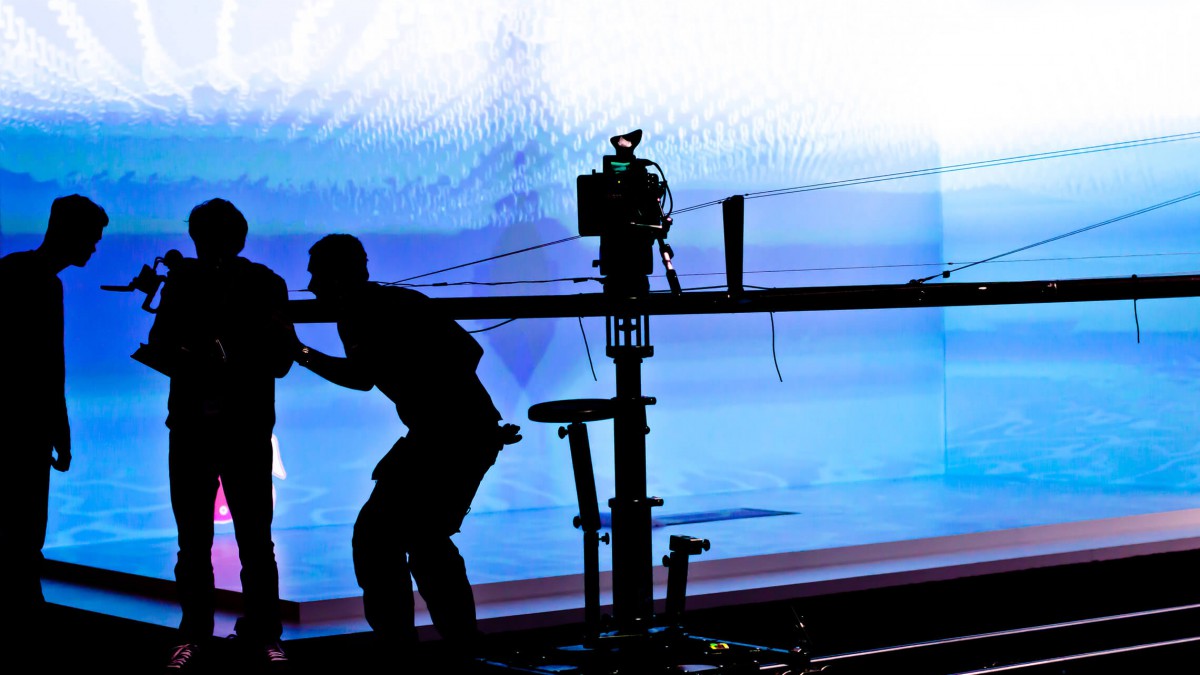 In the world of Television Commercials there was once a phrase used to placate nervous clients overawed by the process and unfamiliar job titles. “It will all” they were told with great confidence “Be OK in the edit.” In truth, while the myth of what could be achieved in the edit suite far surpassed the reality, this was a safe space; somewhere imperfections and flaws could be ironed out in anonymous peace and quiet.

The Post-Prod panacea
As post-production has become more sophisticated, and as analogue has given way to digital, the myth of the post-prod panacea really has come true, and it now seems that there are few filming horrors that can’t be fixed by an experienced editor, a few hours in a darkened room and a healthy budget.

Why then do many commercials and video promos, increasingly mix live projection – both on set and on location – when the same effect could be created safely in postproduction? The answer is that the energy of work shot live will often shine through, and that directors know this. Would Calvin Harris’ This is What You Came For featuring Rihanna have been quite so authentic if her performance had been before a green screen rather than in a CAVE cube powered by seven Christie 20k HD Roadsters? The near one billion YouTube hits it generated suggest not.

You can’t fake live energy
Similarly, a stunning promo for the Lexus LC 500 uses Christie Boxers for live projection onto real cliffs as the backdrop to the obligatory drone-filmed mountain road scene. The results deliver impressive urgency and cut through, but the production company must have been aware of the extra effort this entailed – especially when a few quiet days CGI might have delivered an acceptable, if significantly less energetic, result.

Another bite at the Social Media cherry
The undoubted creative benefits aside, choosing live action over postproduction does have another important advantage, and it’s all tied up in the rise of “The Making Of” stories.

A “The Making Of” film gives you another bite at the social media cherry and social media is a hungry beast. One that devours epic stories and production shots of projection-mapped glory in mountain passes with far more enthusiasm than it ever will long nights in a CGI suite. And though we can’t say for certain this was why these two productions chose this particular route, there’s little doubt that both benefited from greater coverage and wider audiences as result. The Making Of helped make them social media hits.

However we should remember that this isn’t their primary purpose, and compromising the original creative intention or final technical resolution simply won’t be entertained at this level. The part that projection plays must be as completely thought-through and as predictable and perfect as every other element in the production. It is often, as in the case of the Lexus LC 500, that there are no second chances. Its has to be right on the night or it will be wrong on YouTube, Facebook and Vimeo for years to come and for all to see.

Choosing the right kit for the job is critical, as is ensuring that the needs of the film production company are perfectly understood. On set with a global star or on a mountainside with the weather closing in are never great places for technical misunderstandings to come to light. Choosing equipment that delivers the required brightness is only half the story, colour fidelity, resolution and image control are just as important and as all of these must be right on the day it’s always worth considering something as powerful and as flexible as Christie Boxer.