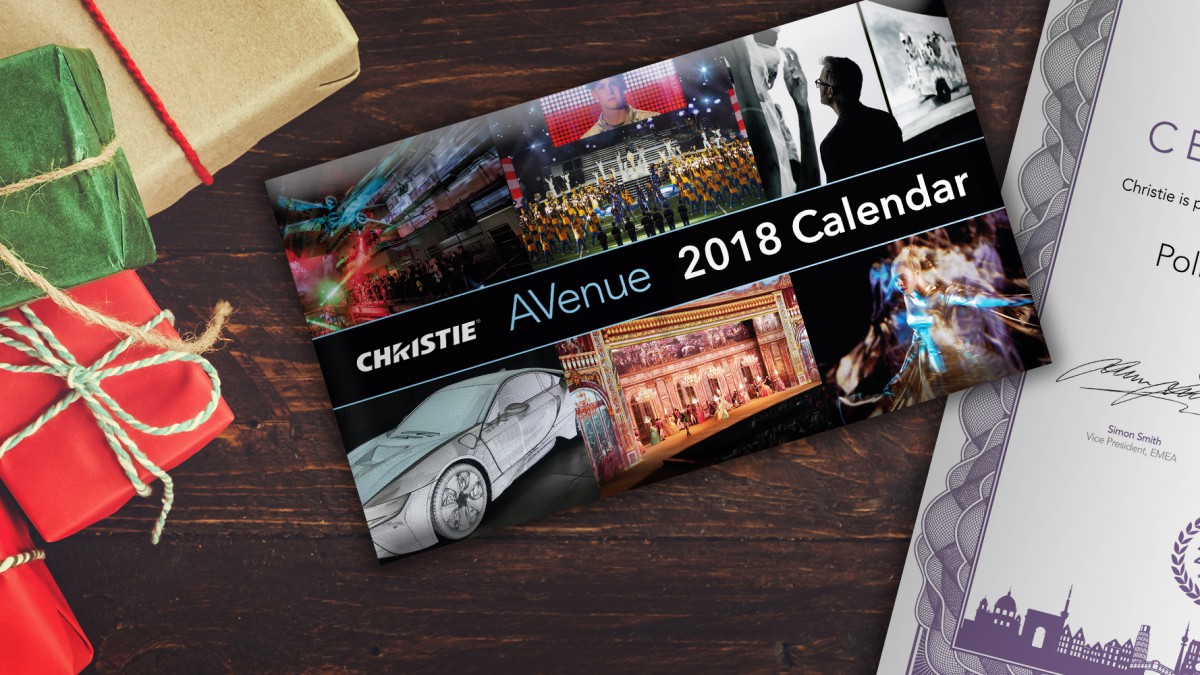 If the world agrees on one thing it’s that Antonio Stradivari made lovely violins. Yet we know nothing of his playing. It does not echo down the centuries the way his instruments do.

There are makers and there are performers, and that still resonates today, with Christie sitting firmly and happily in the makers’ category. In the 2018 Christie Calendar it’s the performances, not the makers, we want to celebrate. So we take a look back at some of the stories that have appeared in AVenue over the past year and at the talented individuals and companies who have made them happen.

In Issue Seven we met the riggers. Their specialist skills and their vertigo-inducing head for heights not only make spectacular shows possible – they keep those shows safe. These unsung aerial artists deserve more recognition that they get, but are far happier focusing spotlights than taking applause in their glare.

Then there are and emerging generation of digital fine artists whose work deserves and needs wider exposure. The artistic boundaries they push today will change the way we use projected light and screens tomorrow. In Issue Six we saw why long-term sponsorship of the Barbican Centre is such an important part of that process.

Oscar-winning Director Ang Lee is another artist who delights in working at the edges of technology. He shot Billy Lynn’s Long Halftime walk at 120fps in 4k and 3D and screened it at IBC using two RGB projectors and 28 foot-lamberts brightness. ‘I want to be more daring.’ he says. ‘Just to see what happens.’ What happened was awesome.

Sometimes the line between makers, and the makers of performance, isn’t always clear. When we met Holo-Gauze creator Stuart Warren-Hill he described himself as an AV Producer, a Visual Artist, a VJ, and an Electronic Musician as well as an Inventor. Perhaps it’s because he wilfully refuses categorisation that Holo-Gauze has been such a resounding success – used by everyone from Lady Gaga to Beyoncé.

Thanks for the magic

So the Christie Calendar 2018, twelve enterprises that use Christie kit and outstanding creativity and imagination. We would say we couldn’t have done it without the artists, but the truth is… We didn’t do it at all.

We provided the means; it was the others – the riggers, our partners, the technicians, the visionaries and the performers – who provided the magic.

For your 2018 calendar, send us your details. We’ll send you one before the year is out.