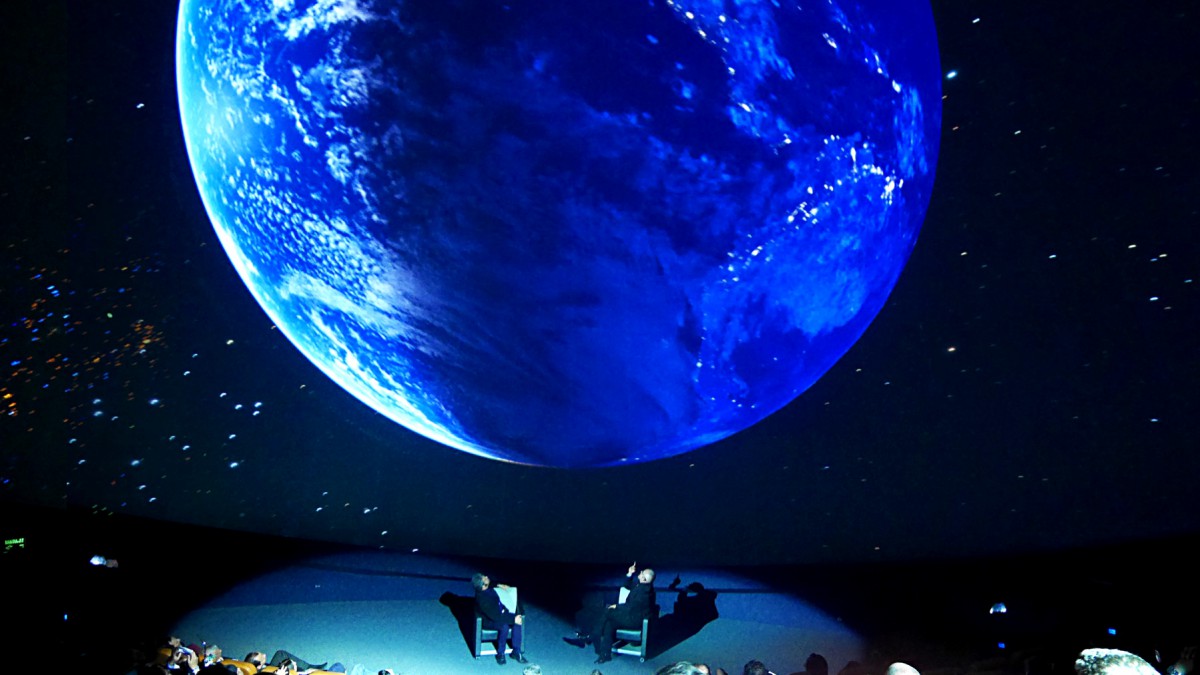 We were young and we wanted to be astronauts. We wanted to boldly go, we wanted to visit stars, and do the other things JFK had told us could be done. And the closest we could get was the planetarium, so we went, and when we got there it wasn’t the stars that mesmerised. It was the projector.

It was a huge insect-like twin headed thing with a hundred eyes. It stood on spindly legs and threw a thousand of stars onto a blackened dome. It moved, we’d never seen a projector move. It was a Zeiss-Jena Universal Projection Planetarium Type 23/6. We didn’t know that then, we just knew it was awesome.

Dots on the ceiling

But to be honest. The show? Not so impressive. All rather scholarly. We’d hoped for c-beams glittering in the dark near the Tannhauser Gate. What we got were dots on the ceiling.

But that was then and this is now, and the Maloka Dome in Colombia now has five Christie Mirage 304K’s with 3DLP® technology at 30,000 lumens a piece. With each of those five Mirage projectors covering 20% of the 22-metre, curved, 180o dome there are 150,000 lumens and 20 million pixels on the screen. More than enough to fire the imagination of any aspiring astronaut.

And digital gives the Maloka Dome a huge new library of films compared to the 8/70 format it replaces, they’ve shown Hábitat Tierra, Regreso a la luna and Astronautas por accidente. And as they’ve opted for active glasses, they can show 3D too.

Now this could have overshadowed the scientific side of things, but far from it. The Maloka Dome project, undertaken by Swedish planetarium experts Sciss, uses Uniview, a data visualization platform – and Uniview is widely recognised as one of the best in the business.

When it’s hooked up to those five Mirage 304K’s it means you can explore all known objects in the solar system; Kepler candidates, star forming regions, star clusters, the local group, deep space objects, Sloan galaxies, and quasars. You can simulate orbital motion with the same precision as NASA and get instant access to a network of daily updated satellite imagery and project it all in 8K. Maloka regularly holds meetings for experts from all over the world too, interconnecting with other domes and hosting immersive multi-screen events.

That’s one giant leap by anyone’s standards and a far cry from the planitaria of old and their Zeiss-Jena’s. Nor is this Maloka’s first experience with Christie. Their flat-screen 3D auditorium has used a Christie projectors for eight years, something that Cristina Colimon, Maloka’s Director of Operations, said counted for a lot “Maloka placed its trust 100% in Christie… the CP2000 in the 3D auditorium has proved completely reliable… since we installed it.”

Journeys don’t always lead where you expect them to. When we visited that planetarium all those years ago we thought we’d bought a ticket to the stars. What we actually got, it turns out, has taken us a whole lot further.