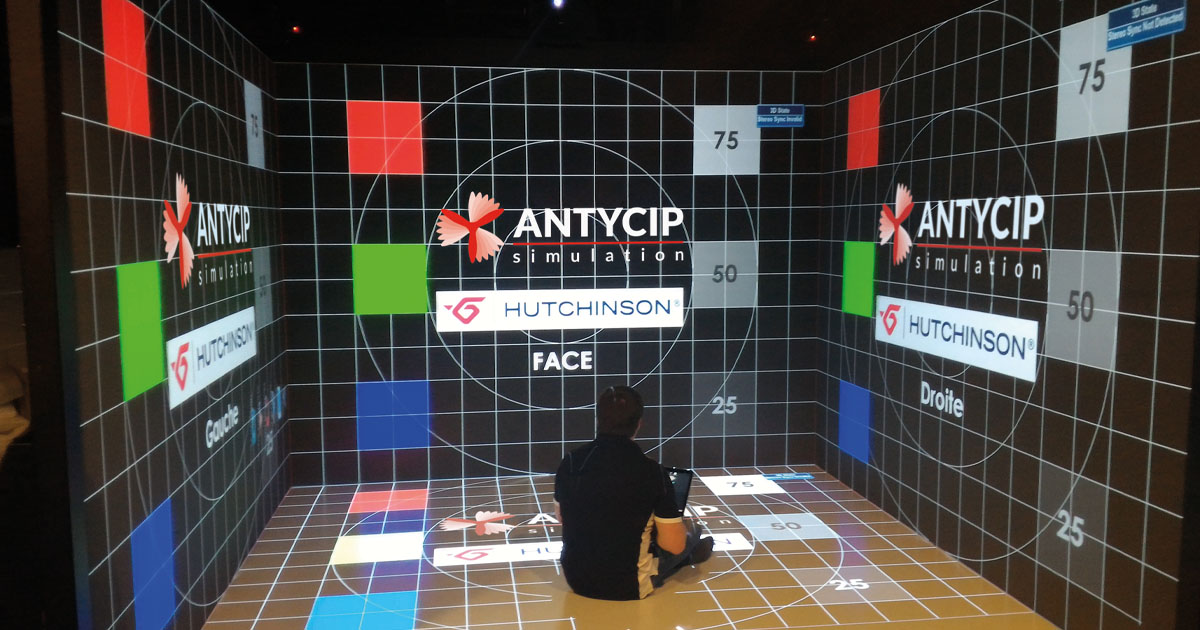 New tech is boring. Old tech was exciting. There was an engaging unpredictability about old tech. When you turned the key, would the car start? Would the vending machine refuse to vend? Would the screen fill with beautiful images the way the supplier told you it would?

One of the insufficiently celebrated triumphs of modern technology and manufacturing is how extraordinarily reliable things have become. Things now ‘just work’ in a way that would have astounded our forefathers  – who expected to have the menders in and the spanners out all the time.

That’s not happened by accident. It’s come about through better materials, tighter manufacturing tolerances and above all through better design. As manufacturers, Christie know that you can’t add reliability after the event, you have to design it in from the start.

Nowhere are these advances better seen than in the automotive sector. Here, Hutchinson, a leading automotive supplier is one of the unsung heroes that keep cars reliable – specialising in materials transformation, fluid management systems, vibration control and power transmission.

Designing dependability into such items isn’t easy – so Hutchinson and companies like them increasingly turn to immersive VR for help. At their Innovation & Research Centre at Châlette-sur-Loing that has included work with Antycip Simulation to deliver a four-sided immersive CAVE (Cave Automatic Virtual Environment) – somewhere they can walk around 3D models of proposed products and interact with them – virtually prodding, poking and remodelling until all unreliability is eliminated.

Now, the more realistic your virtual world, the more reliable your work in it will be, so four, 3-Chip DLP Christie Mirage WU12K-M native active stereo projectors were specified to dependably deliver the crisp, detailed images, colour and brightness the engineers need.

Three are installed behind the side and front walls, while the fourth – platform rigged – illuminates the floor via an angled mirror. Content is generated by HP Z Station workstations controlled by a master computer running CAO-DAO 3D software. Engineers, equipped with joysticks, wearing 3D glasses and tracked by cameras can then go about the business of adding valuable minutes to their Mean Time Between Failure figures.

And the venue for all this flexible design? Well fittingly it all takes place in what was once a rubber boot factory, but which is now 507 Fab House; a building dedicated to training, seminars, research and presentations. Here, a second room, also designed by Antycip Simulation, is purpose built for 3D demos and lectures with a four by two metre, glass-screen, UHD, 4K video wall.

It has all the comforts of a private projection room and seats twenty people, yet its glass screen hides a secret. Powered by a Christie Mirage 4K25 120Hz projector, that screen is fully interactive, allowing touch alone to zoom and rotate 3D models. That’s quite a trick to pull off  – the touch technology could easily have compromised the image quality provided by the high frame rate 4K25, had Antycip not planned everything so carefully from the very start.

As Johan Besnainou, Antycip Simulation director for France and Spain, says ‘When Hutchinson chose us to implement this CAVE and 4K video wall, we chose to work with our major partner Christie Digital – for their professionalism and the reliable quality of their products.’

Boring isn’t so boring after all

So next time you turn a key, and your car starts, and every time the screen fills with beautiful images the way your supplier said it would, spare a thought for the engineers and the designers.  Yes, they’ve made new cars a pleasure to drive and new AV exciting and ever more capable, but they’ve also built in a huge dose of boring – as much as they possibly can – using places like the CAVE at 507 Fab House to do it.