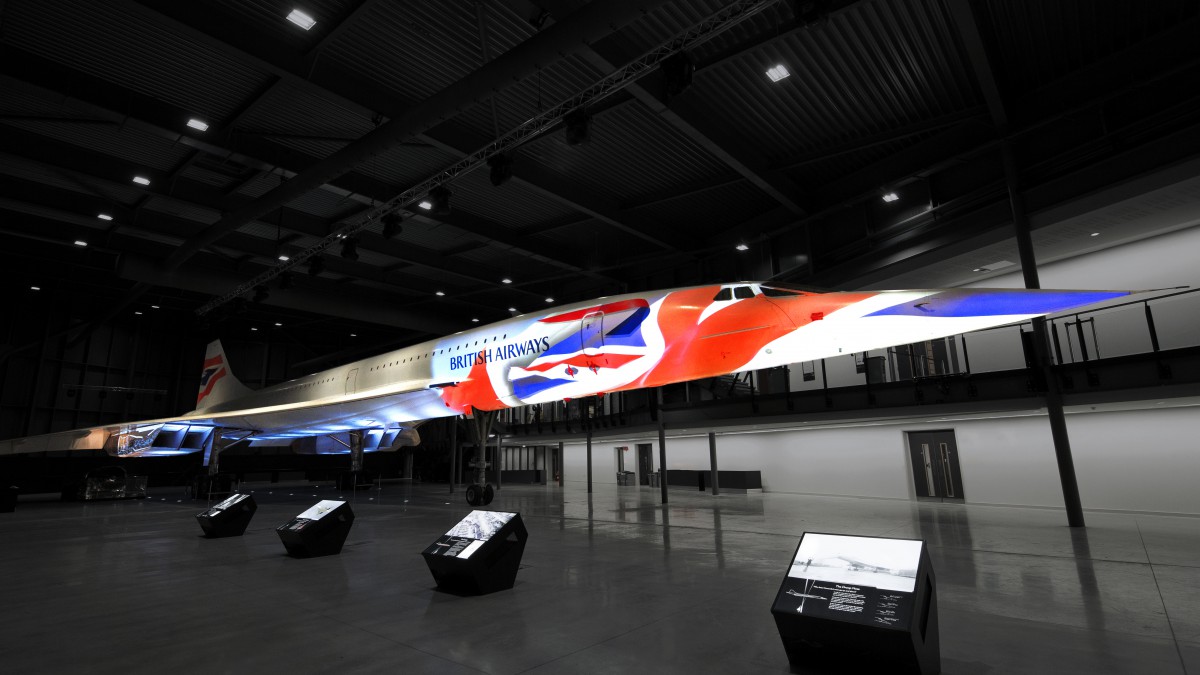 Some pieces of technology are more elegant than they have any right to be. These devices are here to do a job and nothing more and yet they move the soul. A locomotive under steam in the early dawn, a 1938 Talbot-Lago t150C SS cruising the Viali di Circonvallazione, and Concorde. Above all others – Concorde.

Has there ever have been a means of mass-transport quite so breathtaking beautiful which outshone its plodding contemporaries so comprehensively? And think of this. You, me and anyone could buy a ticket; travel at twice the speed of sound, sip champagne at the edges of space. You can’t do that now.

The last of the Concordes

Alpha Foxtrot is the last of the Concordes. The last to be built and the last to fly. And she now represents all her kind as the centre of attention at the new Aerospace Bristol Museum, Filton – where Concorde was developed and made.

To tell her story, and that of her sisters, Gavin MacArthur, Creative Director of Projection Artworks has created three chapters of animation – projected onto Alpha Foxtrot’s flanks by four D13WU-HS laser projectors.

‘The first is the making of Concorde’ explains Gavin ‘Our aim was to capture the history and challenge of the project, and the massive engineering undertaking involved. For a team from Filton to attempt this and be successful was an amazing achievement, and we wanted to capture that success in this exhibition.’

The second chapter was technical design. ‘There were so many technical hurdles to overcome, and everything was done from scratch. From the cooling system, to power – so many things needed to be designed and tested.’

The third and final chapter centres on the emotions of those involved. ‘From the pilots, engineers, and the people that built them; everyone has an emotional connection. In this hangar, Concorde is the one standalone plane. It is the hero, and our creative is the focus of that.’

More than 150,000 visitors (that’s over a thousand full Concorde flights) came through Aerospace Bristol’s doors within the first ten months – Alpha Foxtrot still turns heads forty years after her maiden flight. And for anyone involved in industrial design, whether their work is creating the world’s only supersonic airliner or state-of-the-art laser projection, that lasting elegance shows there is real truth in the old engineers’ claim that, if it looks right, it probably is.

Nothing ever looked more ‘right’ than Concorde. In her final flying days, as her evening approaches to Heathrow took her over the River Thames, Londoners always stopped to watch her home.