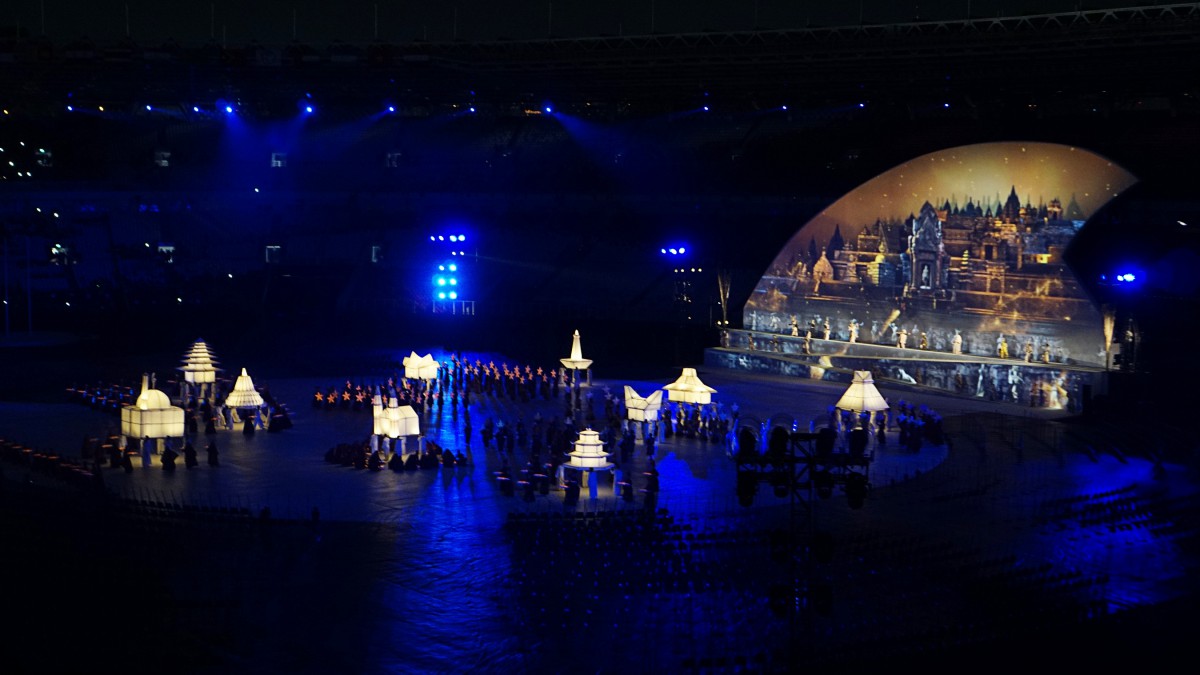 You may have done it scores of times before but it never gets easier. The things that kept you awake the first time are still the things that cause sleepless nights now.
Welcome to the world of high profile, world-watched events – those global one-offs where the stakes are high and the prestige, though welcome, is hard-won.

At Christie, we’ve always had a fondness for them. When the movie business celebrates artistic excellence in Cannes, Toronto, or London, you’ll likely find Christie there and helping out – and we’re equally drawn to major sporting events that announce sports heroes will compete or that an Expo has begun.

Does this involvement raise Christie’s profile? Of course it does. Would we do it if it didn’t? Well, actually, we probably would. There’s something rather compelling about being part of an event that showcases the best your industry can do. Every now and again, it’s true; a little stardust can rub off. However, we’ve done this long enough to know it wears off quickly too. However, what never fades is the invaluable knowledge gained from working with best-in-the-business people.

We were at Cannes in 2019, as we have been for the past 13 years, providing projection and working alongside technicians from CST (Commission Supérieure Technique de l’Image et du Son). The kind of day-in-day-out experience they have can’t be guessed at or absorbed in a conversation – and the Festival handpicks the operators in projection rooms at Cannes, so there’s always plenty to watch and learn.

The same is true at the Toronto International Film Festival (TIFF), where we spent at least a day at every one of six venues doing our bit, aligning and color balancing and paying close attention to exactly how each projection booth was operated in practice. We were at the London Film Festival, where, in 2019, for the first time, every venue was RGB laser lit. There’s just no better way of seeing how all the hard work in labs and manufacturing and design will play out than under the intensive, must-be-perfect conditions of an international event.

Innovation and reliability in equal measure

It is said the real value of motorsport is that it forces innovation and reliability in equal measure. The fastest car comes last if it’s too fragile to finish. We look at events like Expos and mega-sporting events in much the same way. It’s an opportunity to shine and show the world what AV can do, turn the impossible to the possible, and prove it all works.

For a start, the budget – and the willingness to take risks – at mega-events just that little bit higher and you can be pretty well assured that everyone, from the crew to the content providers to the organizers, are going to be at the top of their game. It doesn’t matter if it is Vancouver, Beijing, or Dubai in 2020; everyone wants to outdo what’s gone before and the world is watching them do it.

Christie will continue its longtime habit of being involved in major events wherever and whenever possible. No, it’s not only for the kudos, and certainly not for the planning, long hours, and late nights of preparation, it’s for the invaluable things learned along the way and the positive experience it brings to the people.