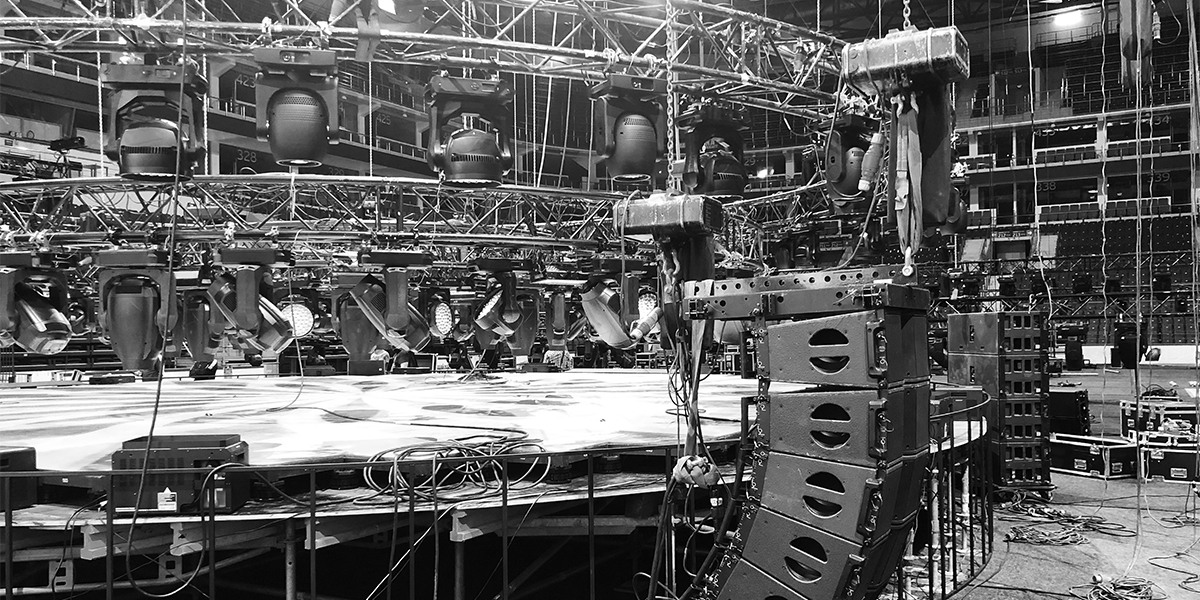 It’s the kind of discussion that goes around and round for as long as the beer and pretzels last, but that doesn’t make it entirely without merit. Every area of human endeavor evolves, and it’s tempting to dismiss skills indispensable then as unneeded now. But does the demand for new abilities really render old talents irrelevant?

Daniel Kaminski has been in the business a while now, long enough to see digital eclipse analog and for the boundaries of the possible extend and then extend again as the boundaries continue to push outward. Now an advanced Pandoras Box authority, owner of DK-Production GmbH, and a regular supportive voice on the Pandoras Box User Forum, he’s has no doubt the core abilities that go to make up a good show crew haven’t changed that much.

“We never worked alone, it always has had to be with other people, so to me, over the years, soft skills have become far more important than technical skills. There needs to be a basic tech level, but if the soft skills are good, I can teach the rest.”

And what soft skills are those? Turns out, they haven’t changed all that much.

“Those soft skills have always defined the show environment. If someone cares about how we do things and cares about their colleagues, a very hard job becomes easy – if there are no soft skills, even easy tasks become a battle. On a show, everything is everyone’s responsibility.”

For that to work, for everyone to be able to take responsibility for the show as a whole, Daniel says a plan is essential – not because every plan is foolproof but because having one means you have room to manoeuvre when the unexpected happens, which it invariably will.

Like most people who have worked on a show crew, he has a barroom’s worth of near disaster stories – like the Bratwurst guys who absent-mindedly rolled their stall over his 12-channel fiber cable – severing it moments before the show started. Or the under-stage video switcher that filled with an unidentifiable fluid from an unpalatable source – which then had to be opened up, thoroughly cleaned and reassembled all while a show was in progress. After all, the show must go on.

Sharing stories like these – tales of triumph snatched from certain disaster – is part of the glue that bonds crews together. But as Daniel points out, if they hadn’t had a plan – and a backup plan to the plan – there would have been no triumphs and no tales to tell.

He says that while there’s more live events tech around these days and plenty of professionals who can make the stuff sing, it’s still the old skills and the old attitudes he values. When he picks a crew, they need to know their stuff, but they also need the ability to calmly carry on against the clock and make complex things work should the world around them descend into chaos.

There will always be change, Christie is in the business of making that happen, but there is a need for continuity too. The fundamental human skills of collaboration, organization, and creativity are not diminished when a new technology emerges; if anything, demand for them intensifies.