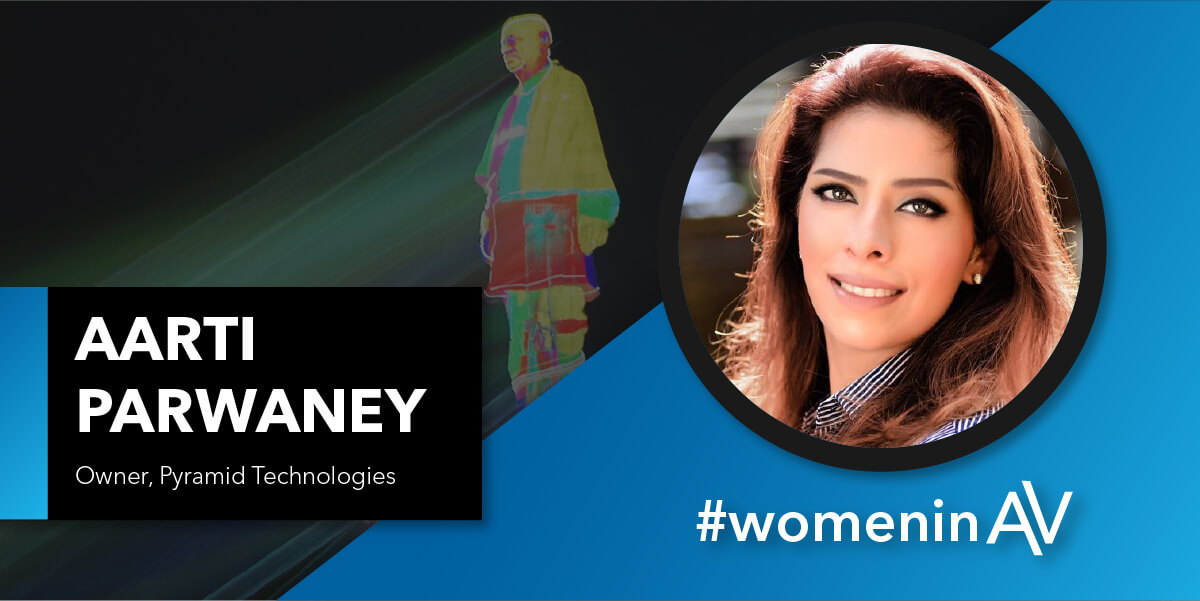 It’s good to hear a success story. In these uncertain times, really good. So, when you come across the sheer optimism of a company like Pyramid Technologies, it’s worth celebrating both its success and one of its driving forces, Aarti Parwaney.

Aarti, along with Ajay Parwaney, has expanded Pyramid from an already successful integrated building management systems company into one of India’s biggest AV names. It was Pyramid who illuminated the world’s largest statue – the Statue of Unity – and currently, they’re full-on with the brand-new India International Convention and Expo Centre (IIICC) in New Delhi – over 1million square meters of built-up space.

This is a company of considerable ambition and ability and with a senior female lead. In ten years, that may not raise a single murmur, but it’s still a rarity today. So, we asked Aarti about Pyramid, about the AV business in India, and the strengths she thought a new generation of women would bring to it.

“The fact remains that women have never been expected to run companies in positions typically dominated by men, and there’s an obvious historical spillover of stereotypical gender roles and expectations of women. But I also believe that there is a new appreciation of femininity at work today – and this is something I have experienced myself. Women seem to have an ability to look at the bigger picture – and I’m certainly not trying to say that men are narrow-minded! Worldwide, in the AV industry and generally, there are more and more women who successfully occupy senior roles and responsibilities. Those companies have seen women have the ability to assess in ways that bring new perspectives.”

Not just a visitor

So there’s no indication that Aarti considers that she is merely a tolerated female visitor in man’s world – she makes it pretty clear that the AV business is her world too. “Women in India have become achievers globally, and it doesn’t necessarily feel like I’m leading the way just because many industries here, even male-dominated industries, are opening up to women.” Something that she says may be an inevitable part of living in a newly-confident India with a distinctly global outlook.

And AV in particular? Does that have the same optimism and openness?
“I’ve had my share of poor experiences, of course, but the thing that seems to make AV unusual is its willingness to share knowledge. People are always willing to share what they know because that’s how projects come together. You don’t get fixed opinions that say, ‘do it ABCD because ABCD is what we’ve always done’ because each person is expected to bring their own expertise to the table. They are valued on that basis, irrespective of gender.”

That is perhaps is the secret to both Aarti’s and Pyramid’s success. That getting the job done, and done well, outweighs all other considerations – gender included.