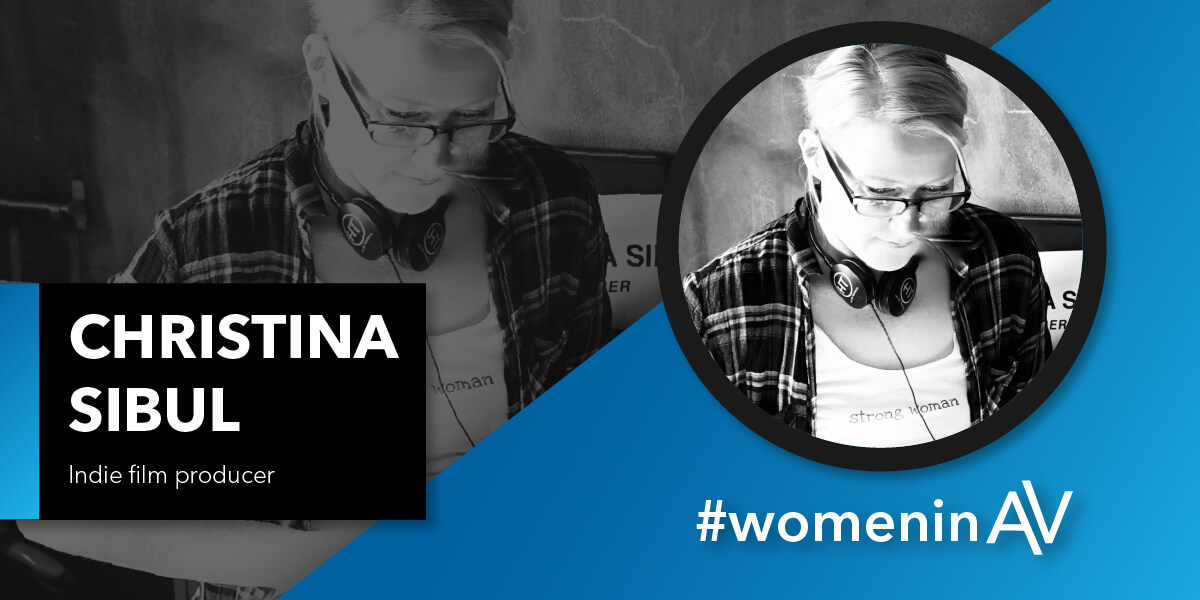 The surging river of Hollywood film production may have been slowed to a trickle by recent events, but the tributaries that feed it flow still.  And few people navigate the lesser-mapped reaches of the movie business better than LA-based Indie producer Christina Sibul. When AVenue spoke to her, she was valuing actors; talking to people she knew in the industry and assessing each artist’s potential to attract movie finance.

It’s a task she’s undertaken a thousand times before, a necessary, if somewhat imprecise, activity that gets money promised and movies made. And Christina says she finds one thing as true now as it has ever been. Men hold more value than women. The old patterns persist.

A shrug is not enough

Which can either make you shrug – or angry. But when it comes from someone so knowledgeable and so embedded in the business of making movie creators more representative of movie consumers, you know a shrug is not enough.

Having cut her teeth on movies such as “Thirteen” and “Sideways”, then working with Codeblack Films at Lionsgate, among others, Christina says she’s “Often the Ray Donovan of independent films, fixing problems, then moving on.” And that inevitably meant looking for more diverse talent lists. “Let’s say somebody comes to me looking for a writer for an adaptation of a book. Why stick with the same five studio writers – or collection of white male writers – just because that’s who we’ve always used?”

Talking to Christina, you understand she has two frustrations; one is that lack of diversity is simply unfair, and the other is a downright inefficient use of talent – the raw material that makes the movie business work.

And that idea turns up again when she talks of the women – and any unrepresented group – who have made it as producers or directors – but who have waited longer than their white male counterparts to breakthrough. That time, she says, is time squandered – a wasteland of films unmade, visions unrealized, and bodies of work left incomplete. The frustrating thing is that the industry knows these things and makes huge efforts to remedy them, yet old behaviors that favor the status quo won’t die. “One of the things that comes with this industry is emotional insecurity, we expose ourselves each time we work on a project, so people like to work with people they know and we re-employ the same teams, whether it’s writers, directors, crew, even studios. And it’s harder for women and for people of color to get on that track.”

The answer, says Christina, lies both within the control of women and outside of it. External activism provides the impetus, and corporate intentions set the weather, but real change will only happen when those working in the industry make it so. Christina again, “The way to make it change is for women to stay in and keep fighting through. I was inspired by women in front of me, they were hugely important, so I try to inspire the women behind me that same the way. They’re not your competition; they’re your collaborators. I think that’s changed. That’s why I’m optimistic the culture of women supporting women is real.”