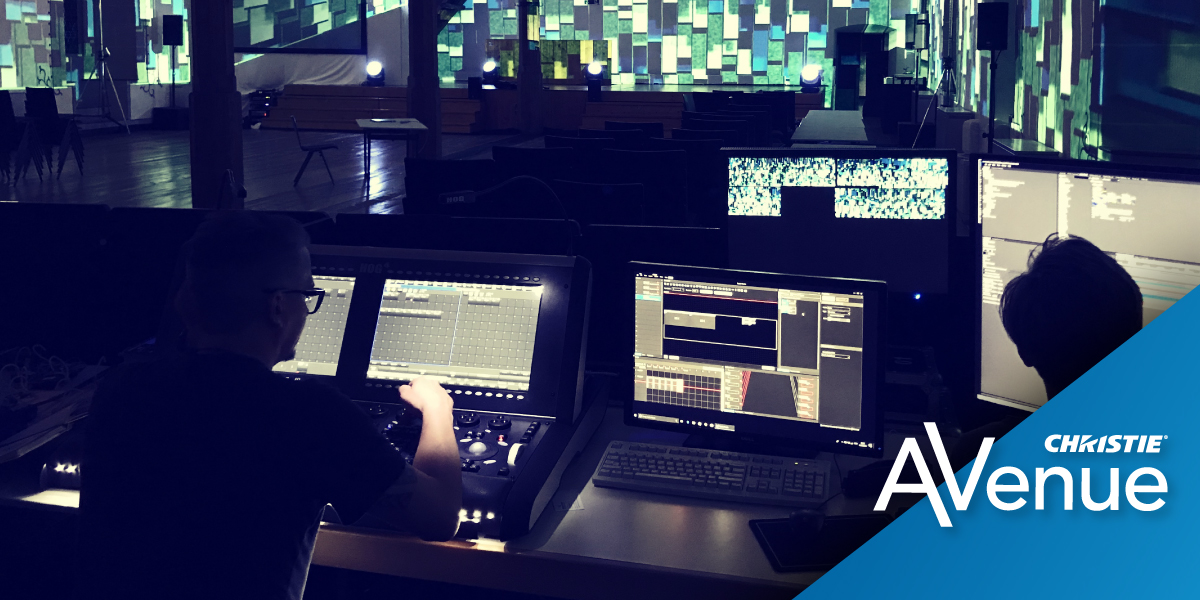 Early cinema was a thing of spectacles, of sideshow tents and cabaret intermissions – it showed runaway trains and forbidden seductions. It created images that pleased the senses and nothing more. And then, around 1906, cinema learned to tell stories, and everything changed.

Is the wider AV industry in 2021, specifically large-scale outdoor events and theme parks, approaching a similar moment? One where it finds a unique and powerful storytelling voice? There are strong signs that it will and that storytelling, not spectacle, will drive us in the future.

It’s a progression that is seen in just about every art form. It happened when The Beatles created Sgt. Pepper and used the recording studio as a creative device rather than a mere means of capture; it can be seen in videogames and is the truest sign of an artform maturing.

Very often, the catalyst is technical. Lighter and more mobile movie cameras in the case of film, synchronized multitrack recording in the case of The Beatles, but it always comes the moment someone realizes that it’s not what this tech can do that audiences want to see, but what artists can do with it. With the stories it can tell.

AV tech is more tech-capable than ever; not only can we offer 3D and 8K, projection mapping and RGB pure lase projection, flat panels and a host of other techniques and technology, we can manage and manipulate images with seemingly infinite ease using media and show control systems like Pandoras Box. So yes, we can create spectacle, but just as importantly, we can experiment and afford to get things wrong to make them better.

That’s important because experimentation and constant editing are part of how stories get built – and we can now do that at speed with relative ease. Take mainstream theater, where Pandoras Box comes into its own. If something doesn’t work at the matinée, you just try something new at the evening performance and swap back again just as easily.

More than this, storytelling fundamentally changes the relationship between creator and audience to something more profound. Tom Gunning called early cinema the ‘Cinema of Attractions’, and he argued that the audience was consciously aware of watching images that had been deliberately created to stimulate. Modern narrative movies aim for something different – to make us voyeurs of unsuspecting characters and thus perform that magical trick of making us forget we’re watching a performance even while we’re watching it.

Matt Finke of n.o.me medienproduktion would go even further, saying that every member of an audience will view the story through their own experiences – and that he encourages that. “Nowadays we can be clearer than life, but we try to not always be this precise in our storytelling but to keep it blurry at the right places. Get them in the right direction but then somehow let them go. Let the leash loose and let them explore what to think on their own about a story.”

Immersive rides and outdoor projection shows are heading that way too, but getting there requires a leap of faith and an understanding that the story being told will have a greater emotional impact than the effects being shown. That doesn’t mean that projection mapping is an irrelevance any more than the CGI in Black Panther is. Used well, it can make a story sing – yet never distract from it.

Telling stories is part of being human; we all do it to express our ideas and our love and to remember the past. The messages we code into the stories we tell endure long after the excitement of the first hearing fades. Like the Ancient Greek, story of the other Pandoras Box, nearly 3,000 years old and still fresh enough to resonate today.