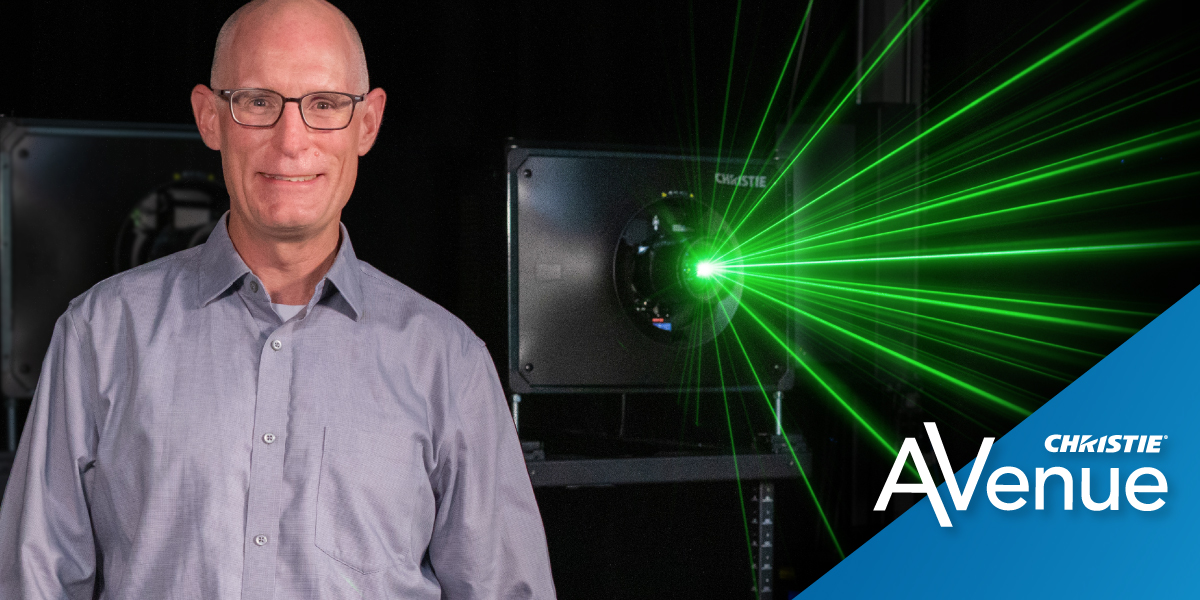 David Kiers says there was a problem with early solid-state lasers. A problem that could have defeated a less persistent projection engineering team. Early solid-state lasers couldn’t shoot straight. The beam might be pure and coherent and powerful, but where it would end up was anyone’s guess.

Now, if you needed to arrange hundreds of small lasers into a single array, like David Kiers and his team did, that was a problem – eventually solved by painstakingly aligning individual lasers using robots and tiny drops of glue. A time-consuming process and a clear indication that the engineering team was convinced of laser illumination’s future. They knew that if these limitations could be overcome, the technical rewards would be huge.

Talk to David Kiers, and you realize that the success of current, vastly more powerful, and capable laser projectors was built on the long hours put in when the raw components were intractable – that this was their learning time.

Although today’s laser devices behave more predictably and tolerate harsher environments, those early versions did not. But the initial challenges helped engineers build better laser-illuminated projectors. And unlike components, you can’t buy experience from a catalog.

David and his team had to figure out how to combine the light from all those individual lasers into a small rectangle of white light. How to mix red, green, and blue light despite those wavelengths refracting, reflecting, and generally behaving badly in very different ways. And they had to figure out how to do all this without losing lumens or wrecking contrast in complex lens and mirror paths or phosphor wheels.

A blessing and a curse

But David also says ultimately these variables proved to be a blessing as well as a curse. “With lamps, there were fewer dials to turn, and the variability was easier to understand, but the level of control was correspondingly lower. Laser gives us many more degrees of freedom, and each degree of freedom cascades into the next one. It’s been an exercise in learning how to use that freedom well.”

And that, he says, has meant an increasing use of software.

“Having so many variables inevitably means a greater role for software and electronics, to such a degree that it’s now conceivable that the light source itself can actually react to the content being delivered, which is unthinkable with lamps. With laser, it’s the electronics that are doing the driving. And in many ways, it’s comparable to the sophisticated way we already manage our video pipelines.”

Creating a practical laser projector may have been a steep learning curve with RGB pure laser projection at its peak, but David’s already eyeing new mountains to climb. “With our current knowledge, we’re in the enviable position of being able to build on what we know very quickly and with high reliability, we’re driving now rather than being driven, and that’s a very good place to be.”

We can now achieve things with projection we could never have dreamed of before – and we have the practical dreamers like David Kiers to make it happen. Want to know more? Learn about laser projection.