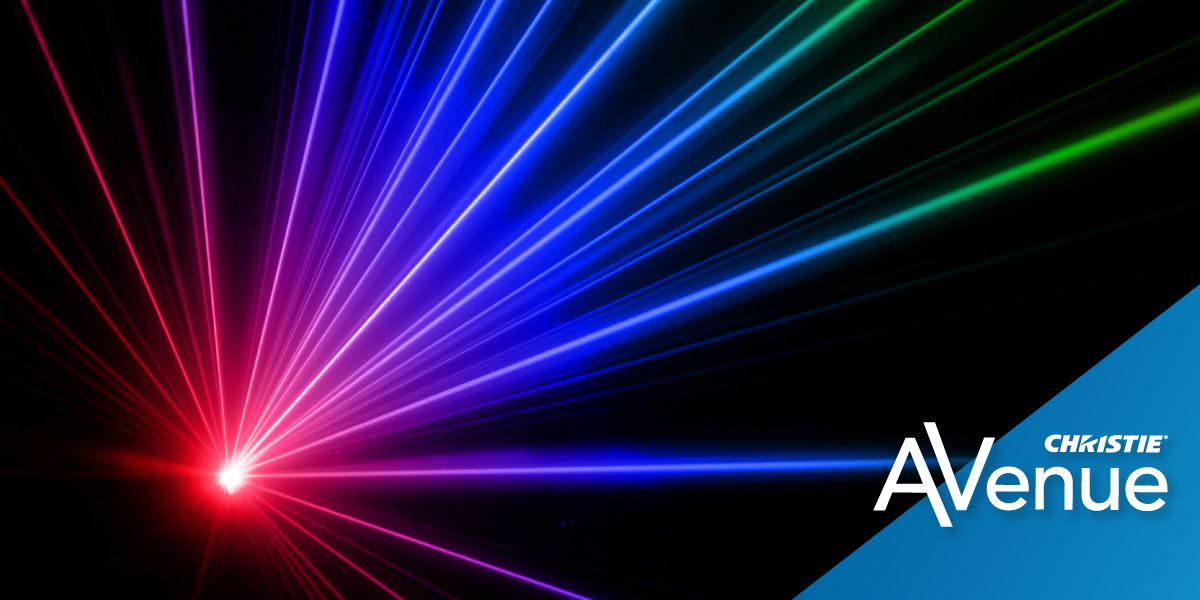 Real-world color is now a reality

RGB laser projection is simply better at reproducing real-world colors than any other projection technology. It uses individual red, green, and blue lasers to produce the most dynamic range of color possible today. Technically speaking, it’s close to meeting Rec. 2020, and that’s 75.8 percent of the color that the human eye can perceive. That’s truly impressive, especially when you consider the color space typically used in television and most pro AV applications – Rec.709 – only covers 35.9 percent. As a result, RGB pure laser brings the projected world and the real world closer than ever before.

It’s a fundamental fact that more of the light RGB lasers generate makes it onto the screen. That means they’re more efficient, drawing less power for every lumen delivered. That’s a cost-saving, but it also makes sense in a low-energy world where every watt counts.  More efficient machines also run cooler, so they’re quieter, too.

RGB lasers are solid-state devices with sealed optical systems. This doesn’t mean nothing can go wrong, but the chances are greatly reduced. Maintenance costs are lower since RGB pure laser is the longest-lasting light source available and maintains its original brightness for longer. For instance, the new Christie CP4430-RGB has an operational efficiency of 12.3 lumens per watt, outputting 28,000 lumens for over 50,000 hours. That’s 8-10 years of DCI (Digital Cinema Initiatives specifications for cinema systems) brightness with very low-maintenance operation.

Works where you need it to work

Forget the cumbersome, bulky beasts of old that demanded special environments and external cooling: today’s RGB pure laser projectors are as compact as any comparable lamped model. They work in any orientation, withstand the rigors of life on the road with ease, and fit neatly into almost any existing projection booth.

The higher the frame rate, the smoother the action. We’re accustomed to watching 24fps movies but, increase the frame rate above 60Hz, and the improvement is obvious. Today’s RGB pure lasers can reach 120Hz at 4K and 480Hz at 2K: once you see it, you can never go back.

Did you know that the trickiest color in projection is not pure white but a proper, deep black? The ‘blackest blacks’ create contrast, add definition to images, and make everything feel real. RGB pure laser is better at black than anything other projection technology, and it’s getting better all the time.

That resolution will not be televised

Increase the resolution and perceived contrast increases too, so while resolution is often emphasized in TV marketing – it does matter. RGB pure laser reaches 8K without issue, and 4K is commonplace. In truth, this has more to do with the electronics and optics than the light source, but it’s never going to hold RGB pure laser back.

There, in the briefest form, are laser’s most significant advantages. It’s a light source uniquely suited to projection, and it helps overcome many of the challenges lamp-based projection has struggled with in the past.

It’s the future of projection, and we’re glad to see it here.