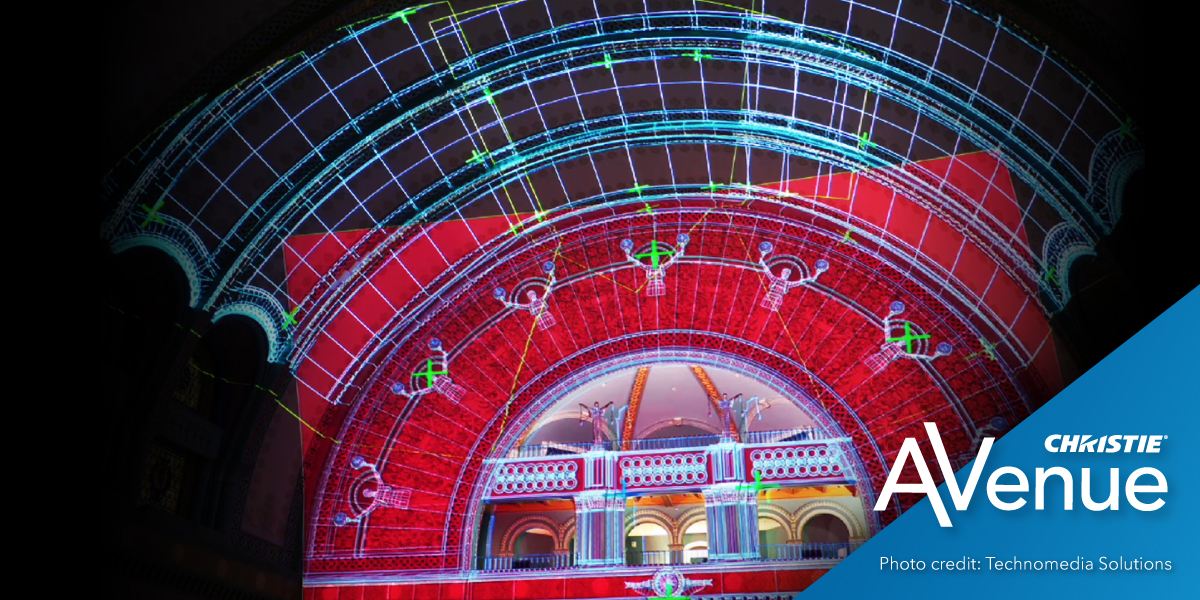 It is an absolute truth to say that projection mapping couldn’t exist without lasers. Without the ability to scan surfaces in minute detail with relative speed, the very idea that you could project optically correct images onto uneven surfaces at scale is fanciful.

Now, there’s a lot more than just lasers involved of course. And you could argue that advances in image electronics and software are just as significant. But without that initial laser-generated scan, they can’t do their image manipulating wonders – projection mapping is a child of laser projection technology.

And the story might have ended there, and projection mapping might have remained a spectacular to be wheeled out at times of civic celebration. But with the advent of powerful, road-ready RGB pure laser projectors such as the Christie Griffyn™ Series, laser tech has become both genesis and finale – with the finale set to become newly compelling. Lasers – already fundamental to projection mapping – are setting it free.

At its heart, projection is a storytelling medium. And Larry Paul, Christie’s executive director, Technology and Custom Solutions, maintains that the new power and flexibility of RGB pure laser projection will result in better stories, told in more outlandish places and with a degree of realism previously imagined to be impossible. Something he calls, “facilitating the illusionists.”

“What we are now able to do is offer more contrast, color, brightness, resolution, and vivid imagery. RGB pure laser illumination allows the creative community to have more. Once upon a time, using a projector with a small color volume, you could tell that there was, say, a person walking around, but it couldn’t fool you into believing that there was actually someone there. With RGB, everything is so much more engaging because we’re allowed to see so much more; it allows us to get much closer into tricking the brain into believing it is witnessing reality.”

For someone who has worked with Ang Lee on the storytelling potential of high frame rate and 3D, that’s quite a claim. And could mean that projection mapping is about to make the same dramatic leap from spectacle to intimate storyteller that cinema did. “Higher brightness, color volume, and contrast allow for a much more intimate visual experience – things not normally associated with projection mapping. That makes it a genuine storytelling medium. It really removes shackles from the creative community and allows them to do more.” It seems subtlety at scale is now a genuine projection mapping prospect.

Where lasers once made projection mapping possible, RGB pure laser projection now makes it a medium with ever-widening artistic horizons. The illusionists are being facilitated once again; this time with tools that create even more believable realities and tell new stories on new canvasses. Projection mapping is a novelty no longer, and it all begins and ends with laser.