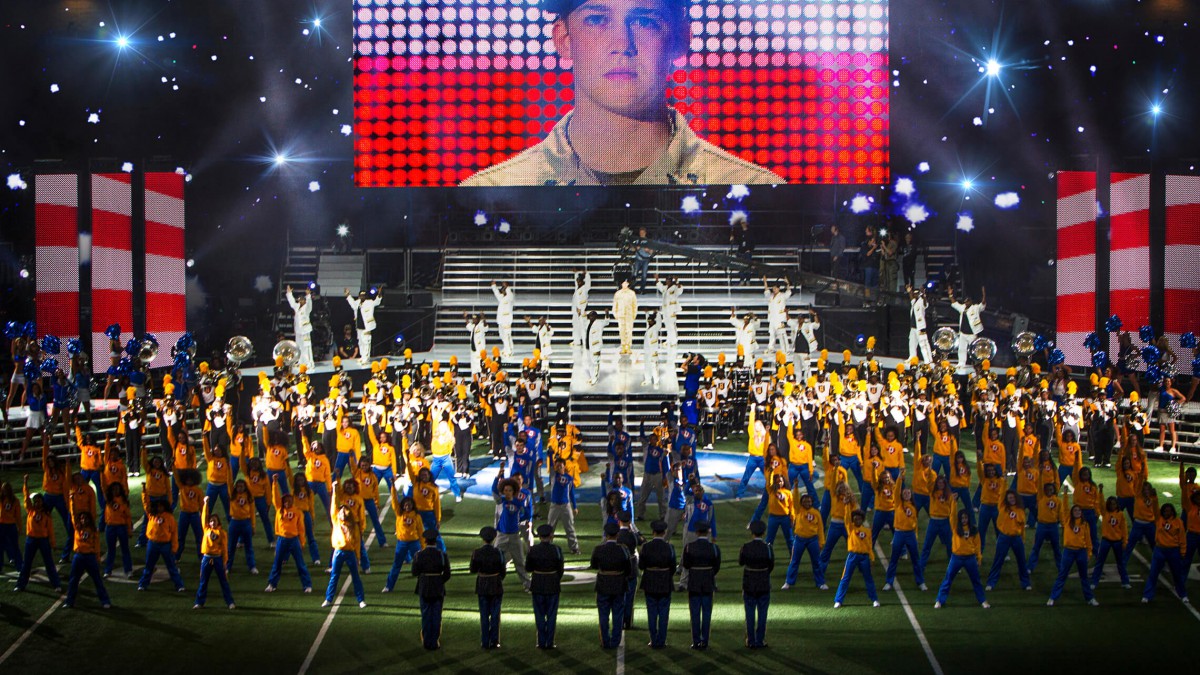 Of all the many words written on Ang Lee’s decision to shoot Billy Lynn’s Long Halftime Walk in 120fps, 4k and 3D perhaps the most telling are those Ang Lee said himself in a New York Times interview.

‘I want to be more daring.’ he said. ‘Just to see what happens.’

The noblest aim
As a commercial aim ‘just to see what happens’ may be hard to justify. But in artistic terms? We think it’s probably the noblest aim of all.

For what Ang Lee has produced – and it’s been underlined by audience reactions and expert acclaim – is a movie that not only explores new technical possibilities; but creates a whole new cinematic language as it does so.

Just how successful he has been was clear from the short preview clips screened at this year’s IBC Big Screen Experience. Here, and in order that the film was seen as envisaged, it was shown using two Christie projectors using RGB laser illumination (rather than xenon lamp illumination typical in cinema) to deliver 4K and 28 foot-lamberts brightness. That extra brightness was vital – today’s 2D screenings aim for 5 to 7ft lamberts but that’s not enough for 3D, where brightness is inevitably lost when viewed through 3D stereo glasses.

1.2 Gigapixels per second
The exceptional clarity and detail, even in 3D, were immediately noticeable. Normally found in demanding applications such as 3D visualisation and theme park rides where high frame rates and high resolution are essential, these projectors use Christie TruLife™ electronics platform to deliver 1.2 Gigapixels-per-second, the industry’s fastest and biggest video-processing pipeline.

Even in these short nine-minute clips, the extraordinary way that the actor’s emotions had been captured was evident to the technically expert and to cinema critics alike, This had been Ang Lee’s goal ever since Life of Pi, when he felt that 24fps had failed to faithfully represent his actor’s intentions and vowed to shoot in 120fps. He was also aware that previous directors high frame rate productions had come in for some audience resistance, mainly for looking ‘too-real’.

A complex Journey
That meant taking a new artistic approach just as much as it meant mastering a new set of technical challenges. So whilst the crew were getting to grips with unfamiliar equipment, the cast and artistic team were engaged on a complex journey of their own. And as with so much in filmmaking they were working – to all intents – blind. Yes there were rushes, (all 7.5 terabytes of them a day) but it wasn’t until a week before shooting, when Christie set up those powerful RGB laser projectors with Christie TruLife in their editing room that they could truly see the results.

Seeing those dailies in 120fps at 4K had immediate impact on how Ang Lee and his crew worked. “We could see everything… we saw we couldn’t use make-up… the scary part, you see the acting. The film language has to change. I didn’t have much choice but to stick close to Billy Lynn. You feel how they feel, see the thoughts in their eyes.”

It must have been the same when Les Paul first strummed a solid-bodied electric guitar, or Claude Monet squeezed the first dollop of synthetic Cerulean Blue paint onto his palette. The realisation that this wasn’t just a technological advance but something that was going to change their world, and art, forever.